Cystic Fibrosis (CF) or mucoviscidosis is a genetic condition affecting over 48,000 people across Europe. People with CF experience a build-up of thick, sticky mucus in the lungs, digestive system and other organs.  This leads to a wide range of symptoms affecting the entire body. It is vital that people with CF receive regular care from a multidisciplinary team in a specialised CF clinic and access to the latest treatments to enable them to live longer, healthier lives.

To live healthier, longer lives, not only do people with CF require comprehensive care provided by a specialist CF multidisciplinary team, but they require a range of treatments to manage the symptoms. In recent years, CFTR modulators have also come on the market which can address the root cause of CF. These modulators have shown to make a massive impact on the burden of care for this community. Unfortunately, standards in CF care and access to the latest treatments varies widely across Europe which leaves many people with CF to be disadvantaged.  As such, CFE supports its members to achieve access to the best possible care in their country. To find out more about what CFE does in this field, please read our what we do page

This is an unprecedented time for cystic fibrosis research, with new medications ushering in a new era of personalised healthcare. Ensuring that all people with CF across all European countries have access to optimal treatments and care is a challenge to be met at a European level. Collecting Real World Data (RWD), any data not collected in conventional randomised controlled trials (RCTs), will be integral to driving up treatment access and care for all people with CF.  CF Europe’s new initiative, VERA, aims to spread the collection of real world data, led by patient organisations in their own countries, where CFE members wish to enhance their capabilities, or where no such capability currently exists. We will reflect best practices happening in many European countries today to enable the design of a Europe-wide model to advance access to optimal treatment and care for people with CF. Read more on our Real World Data programme VERA.

People with CF get the best outcomes when they are cared for in specialist CF Centres by a full multidisciplinary team. This should include consultants, clinical nurse specialist, microbiologist, physiotherapist, dietitian, pharmacist, clinical psychologist, social worker, clinical geneticist and allied healthcare professionals experienced in CF care. In 2004, the European Cystic Fibrosis Society (ECFS), a society of international experts in all fields of CF research, set out the ECFS Standards of Care to provide the best care possible. CFE works to ensure that the patient perspective is included in any future improved European Standards of Care.

CF Research News is a joint project of the European Cystic Fibrosis Society (ECFS) and Journal of CF (JCF). CF Research Bites provides a summary of recent work published in JCF aimed at non-specialists involved in CF care and research. This initiative aims to bridge the gap between CF researchers and people with CF, their families, friends and caregivers by providing access to high-impact scientific work.

The most recent summaries are available on the ECFS website. You can select a theme you would like to know more about, or simply search for the term that you are interested in. Every month, CF Europe will highlight some ‘must-read’ summaries on this page:

The must-read summaries of this moment

This report tells about a baby that was diagnosed with CF before birth. Ultrasound had shown that it had meconium ileus, a bowel obstruction often resulting in long hospitalization, surgery, pain and suffering for the baby, and added stress for the family. After careful consideration, the mother was treated with Kaftrio...
Read more
27/04/2022 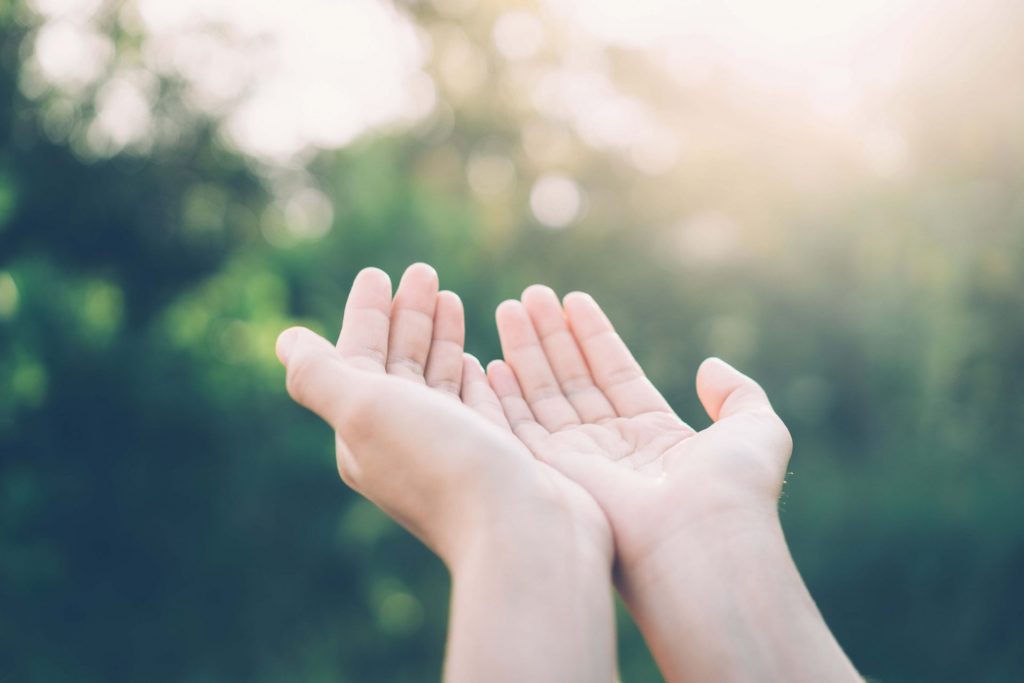 This space is dedicated to the voices and stories of people living with CF, their family members and loved ones. Below you will find personal testimonials sharing what it means to live with this condition for people with CF and for those who share this experience with them.

Life with CF in France.

My name is Audrey, I’m 32 years old and I live in France.

I was diagnosed with Cystic Fibrosis when I was born and I’m lucky to have had access to most of the therapies and clinical care for free all of my life. I have also been fortunate to have a team of specialized doctors and nurses in a CF center.

In the next few years, at least 75% of the patients living with Cystic Fibrosis in France will reach adulthood and it feels like the landscape will change dramatically for people with CF. I can spend time with my friends with CF in France as long as we are all wearing masks and we ensure that we have disinfected our hands.

On the whole, my health is in a relatively good place and it has been made better for being able to access Orkambi and now Kaftrio. My BMI is 20.5 and my FEV1 is 84%. I’m pleased to say that I had only one course of IV antibiotics since 2016 when I used to have them every 6 months before CFTR modulators. If I need a lung transplant one day, it probably won’t be too difficult to arrange thanks to the organisation of care in France.

I am thankful that I am able to work full time as a scientist for the National Centre for Scientific Research after obtaining 2 degrees in genetics and microbiology. I also volunteer for the French CF patient organisation and CF Europe as an ‘expert patient.’

I am very conscious that I have the life that many European CF patients dream about. Even though I live with CF, it doesn’t control my life. I am free to work, travel, I can date and spend time with my family and friends. It is maybe not what some people would call a ‘normal’ life – but what is normal anyway?

My motivation for helping patient organisations is the idea that one day, every CF patient will be able to have a ‘normal’ life outside of their treatments.

Unfortunately it’s not as simple as this.

When we have to fill out the questionnaires to apply for insurance, the first question we are asked is: ‘Do you have a chronic disease?’ I can either tell the truth, knowing that I will not be covered, or lie, which would be a big risk if anything happens. Either way, it’s not an optimal situation.

As for living with CF, my condition is stable thanks to my medication – I work and contribute to society as anyone else would. Despite this, I am not allowed to enjoy everything that healthy people are allowed to. This is why we still need to work towards an actual cure for CF; I won’t be satisfied with a pill that stabilises my condition, even if I am grateful for it.

I want to be able to discover the smile of my CF friends without a mask on.

We were over the moon when our second daughter was born in 2009 but within two days of the birth we were sent to the hospital. Looking back, we had prepared ourselves for a diagnosis of Cystic Fibrosis as we’d dealt with meconium ileus throughout pregnancy, but we had no family history of the disease and the little knowledge we did have came from television shows.

I was really unwell for more than a year after the diagnosis and I mourned for my daughter; the diagnosis felt like a ticket for a lifetime of hurdles. We were filled with anxiety and the disease only seemed to progress which made it feel like she would have fewer possibilities and more restrictions put on her life compared to the kid next door. Despite these hurdles, we’re very lucky to live in a great welfare country like the Netherlands. We have a great cf-team and access to all the registered therapies that we need. In the Netherlands there are 1500 patients who receive care in 7 different CF centers that are spread across the country.

The first few years with a baby/toddler with CF were hard; they were mostly dominated by severe and prolonged eating difficulties as well as recurrent lung infections. After one such lung infection, our daughter refused to eat and drink anything for more than a year. We kept offering her different foods and drinks, but she would only throw it away, close her mouth or spit it out. It drove us crazy. Some months later she was fitted with an NG-tube and a mic-key button. Changing the NG-tubes was really traumatic for us all; even seeing stories and pictures about tubes nowadays can directly put us back to that awful time.

As the eating problems didn’t seem to be resolved we decided to start with our last hope; an intensive eating program.This would last for nine months and take place five days a week – all this when she was only two years old. After this programme, she had to eat a thick liquid diet of food of drinks that we had to feed her with a spoon; but the good news was that she wasn’t refusing food anymore. We started her on the drug Orkambi at nine years old and now she eats and drinks by herself. We can actually enjoy meals together without any stress.
The other hard thing that we had to get used to was the breathing treatments; here in the Netherlands we don’t use the vest, but instead nebulise with hypertonic saline and pulmozyme. This can be hard for babies and toddlers, but she got used to it and we are very compliant. I have great respect for her doing this 365 days a year, twice a day. I’m not looking forward to adolescence so much!

As she has grown up, our girl has shown great character; she’s willing, spontaneous, has a great sense of humor, loves playing athletics and hockey, and has many friends at school. She is more than just a little girl living with CF.
Over the years as a family, we’ve adjusted to living with a chronic disease; we deal with misfortunes and feel satisfied when things don’t turn out as bad as we’d expected. We also enjoy spending time fundraising which brings us more opportunities to connect with other CF parents. In recent years since CFTR modulators and a greater variety of antibiotics have reached the market, we’re hoping for a better life for our daughter and as a family.

In 2008 our daughter has started with a modulator and in 2022 the next generation modulator. It was worth the waiting; since then the symptoms decline and she is living a better life. We are thankfull for the medical progression and we suffer to know that there are still patients who won’t benefit, don’t require or the medicals are not available in their country yet. But overall the future is more bright for the whole CF community.